In our fifth episode of Dreaming With… we present actress Ali Stroker. Adam talks to Ali about making her Broadway debut in the Deaf West Theater’s recent revival of Spring Awakening, new projects, and sex & relationships. Then Jefferson interprets Ali’s dream that promises a special delivery! For the latest on Ali follow her on Facebook, Instagram and Twitter! 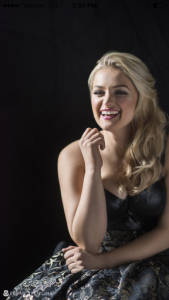 Ali’s Credits – Ali Stroker has the distinction of being the first performer in a wheelchair to appear on Broadway with her recent debut in Spring Awakening. An advocate for people with different abilities, she also guest-starred on Season 4 of the Emmy Award-winning FOX show Glee and appeared as a finalist on the TV reality show competition The Glee Project. A graduate of New York University, Ali was also the first person in a wheelchair to graduate from The Tisch School of the Arts’ prestigious Drama Program. Ali has had solo performances at the Kennedy Center in Washington, D.C. and New York’s Town Hall, in addition to concert performances at Lincoln Center and Feinstein’s/54 Below in NYC.